Presentation by chairman Steve Obey (right) on behalf of the North East Sussex Sub Branch to Dave Quinney landlord of The Cooper's Arms, Crowborough, in recognition of the achievement of making it's fifteenth consecutive appearance in the Good Beer Guide. 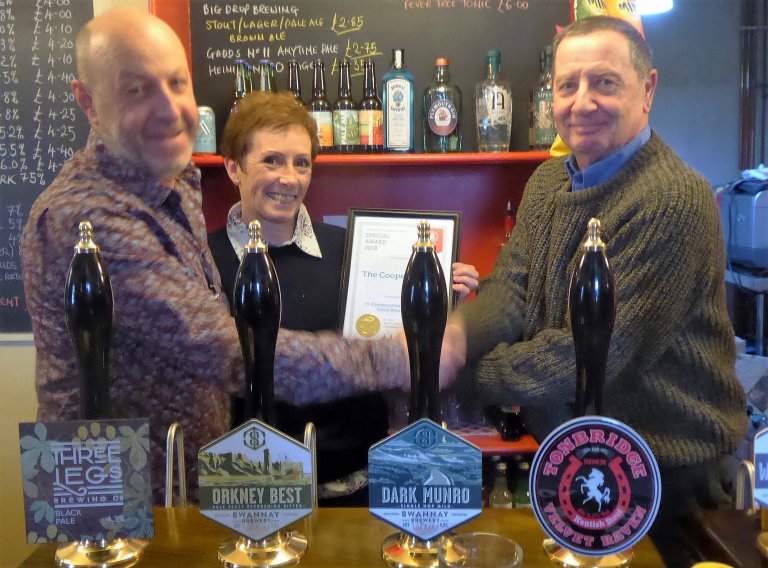 The date chosen for the brewery visit coincided with Dark Star’s Hopfest, a sort of mini beer festival featuring a range of the brewery’s cask and keg beers. The upside of this was that a larger range of beers than usual was on offer, including several which aren’t often available. On a warm, sunny morning, five members of the NE Sussex Sub-branch joined 16 members from the coast, Polegate and Hailsham on the coach at Uckfield railway station. After a very pleasant journey of about an hour, we arrived at the brewery in Partridge Green just before 11.30am. The brewery is housed in a large unit on a modern trading estate with a large yard outside. Admittance to the event was free to those on the CAMRA visit although we still got the free pint that was included in the regular entrance fee. Entertainment was provided by a succession of rather loud bands playing inside the brewery although it was possible to moderate the volume by drinking and chatting outside in the sunshine. There was also a burger bar and soft drinks were available. In between the music, Peter Adams, Chairman of SE Sussex, presented James Cuthbertson, Managing Director of Dark Star, with the award for Sussex Branch Beer of the Year for one of their winter seasonal beers, Crème Brûlée. All too soon, the three hours allotted to our stay came to an end and it was time to return home. I thoroughly enjoyed it and I’d like to thank Peter and all those responsible for a great day out, not forgetting our coach driver, John Holbrook, who somehow kept to time in spite of the heavy Saturday traffic. 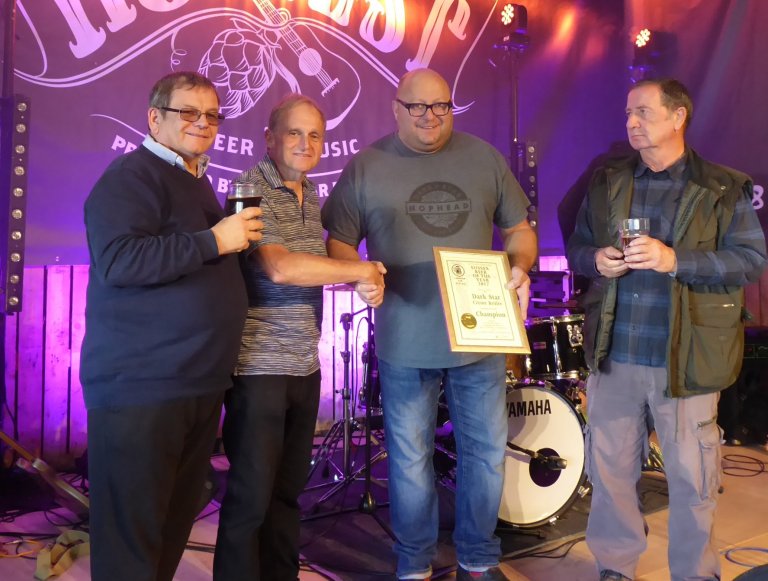 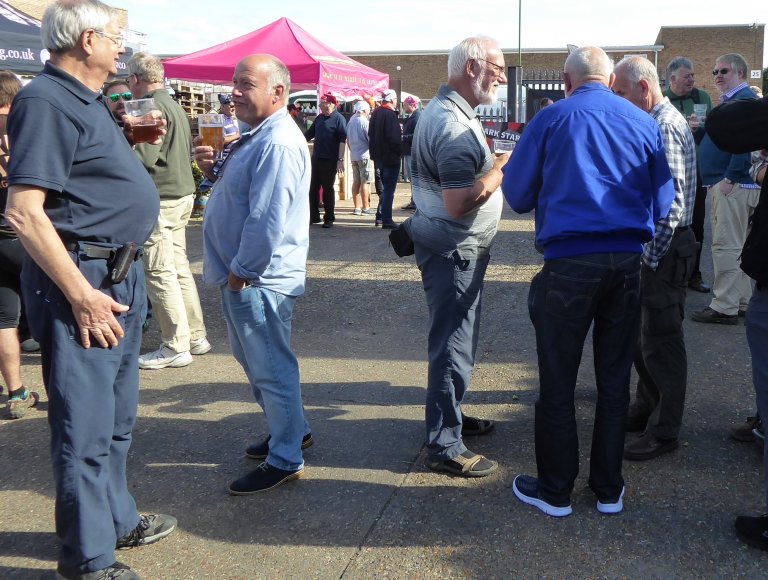 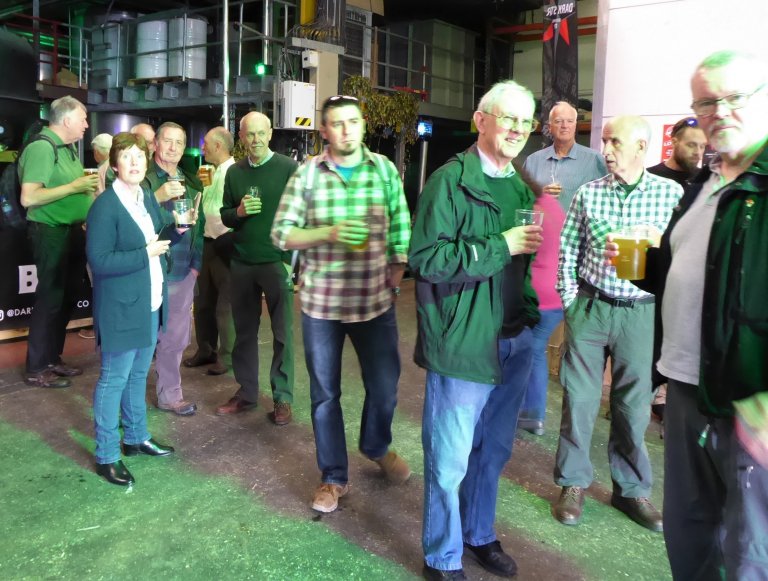 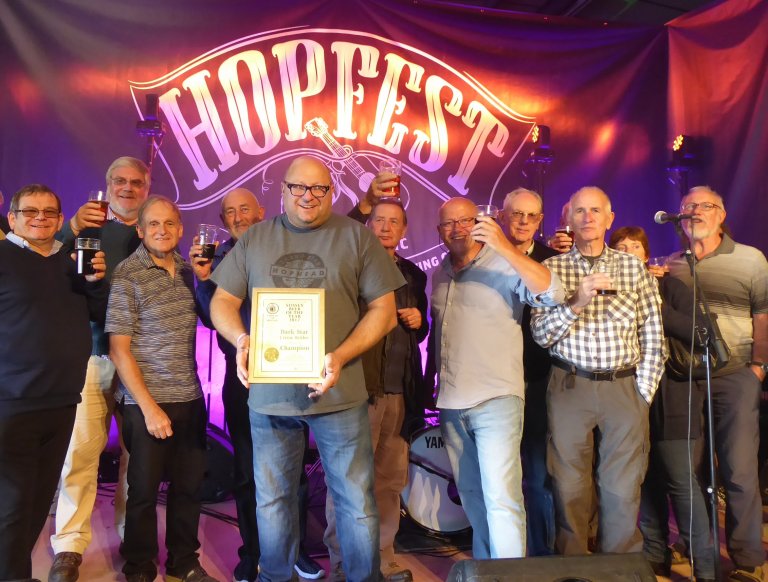 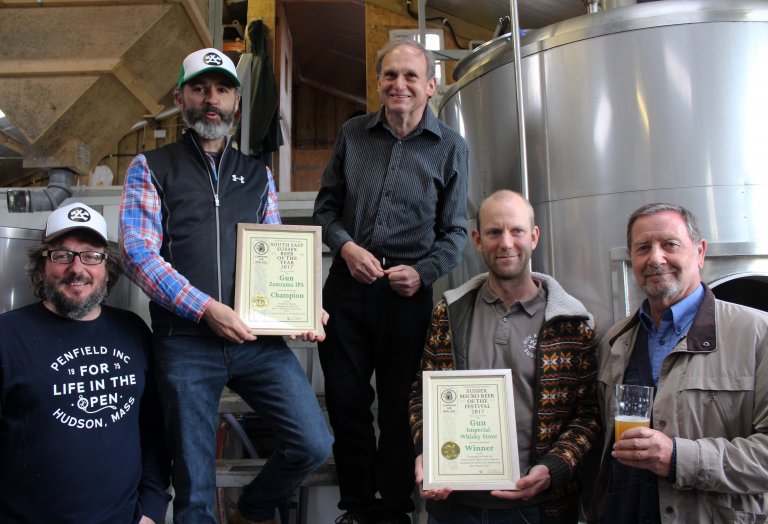 The Kings Head at East Hoathly was voted sub branch Cider Pub of the Year. The presentation was made on the evening of 19 April and photos show the landlord and landlady, Robert and Tracie, with the sub branch chairman, John Packer and sub branch members. 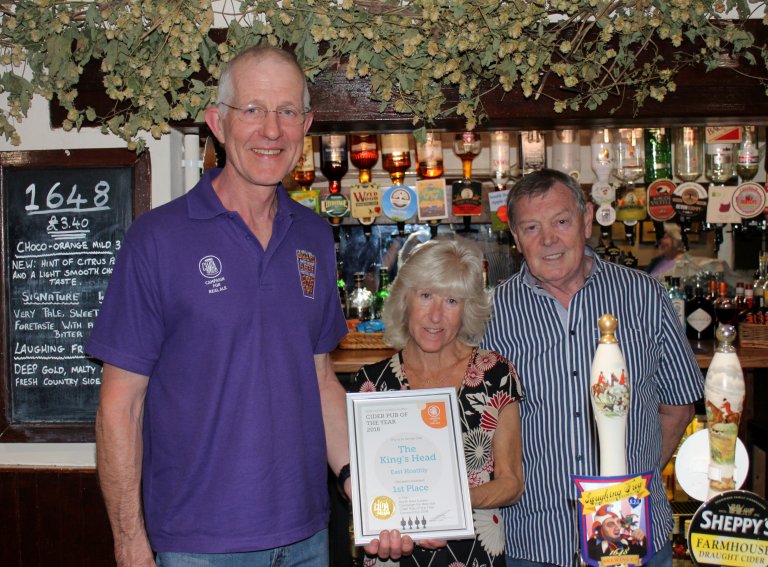 The Kings Head at Rotherfield was similarly voted sub branch Pub of the Year. That presentation was made the same evening and the photos also show John Packer, sub branch members and the landlady and landlord, Antonia and Chris Harvey. 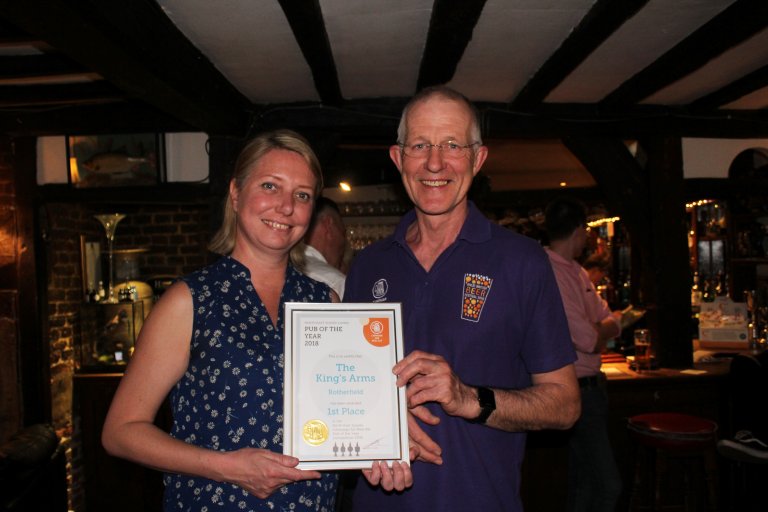 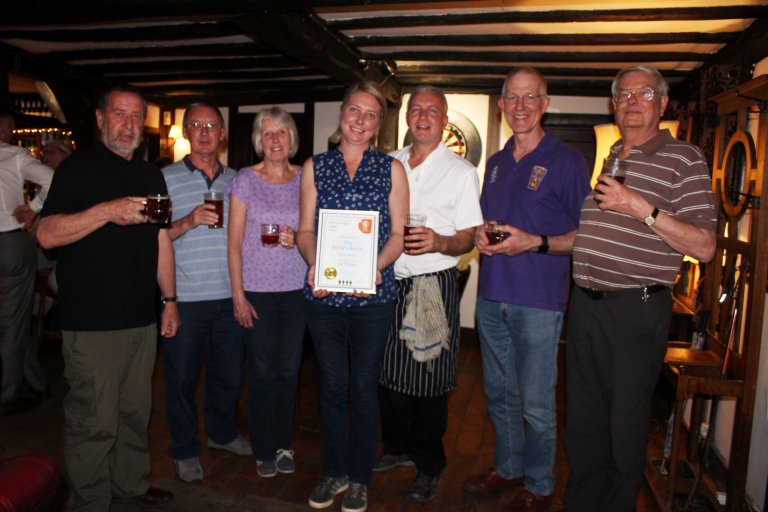